Commissioner of Oaths for Québec 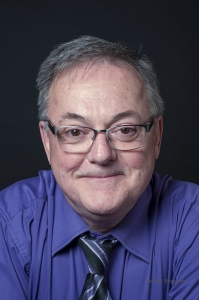 Role :
Some legislation requires a person to be sworn before signing a document or testifying. This formality makes the document or testimony more official or credible, all the more so as a person who knowingly states false or misleading information under oath is liable to charges of perjury under the Criminal Code This hyperlink will open in a new window..

In Québec, Commissioners for Oaths are appointed by the Minister of Justice for a renewable period of three years. Their role is to administer oaths to individuals in the cases where an oath is required or permitted by law.

Powers and restrictions :
A Commissioner for Oaths may:

A Commissioner for Oaths can not:

The only responsibility of a Commissioner for Oaths is to administer oaths. He or she is not obliged to verify the content of the declaration. In fact, it is to the person swearing an oath to know the content of the document that he or she sworn in.

On the other hand, Commissioners for Oaths may refuse to administer an oath for some reasons.

Here are the main reasons for a refusal:

Coronavirus (COVID-19): For requirements for remote swearing-in, please refer to the following document:

An oath is an important act and is subject to strict rules. Thus, it must at all times be made in the presence of the affiant (e.g.: an oath over the phone is not valid). Besides, a court could decide that an oath is invalid if the Commissioner has committed irregularities in the performance of its duties (e.g.: the Commissioner acted while his or her commission had expired).